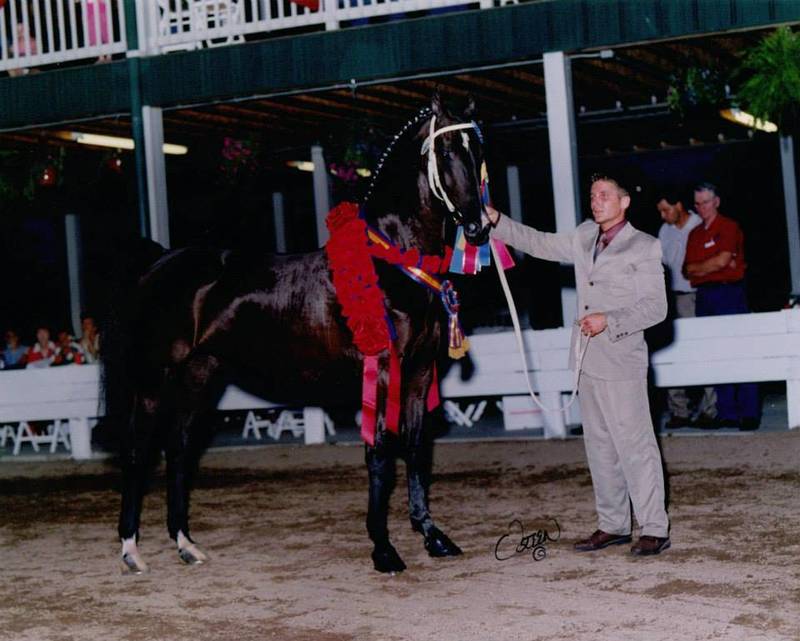 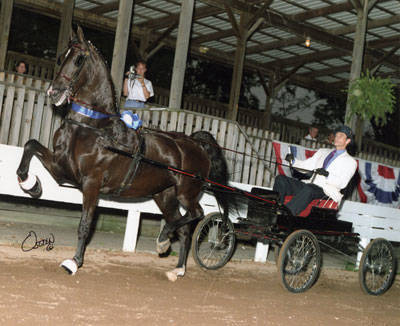 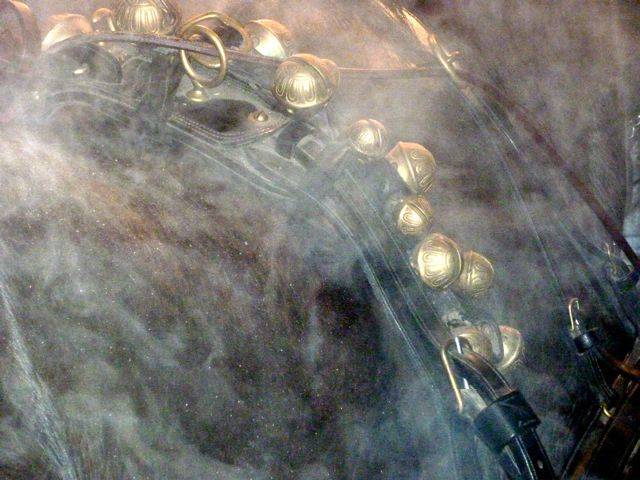 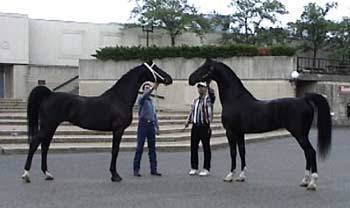 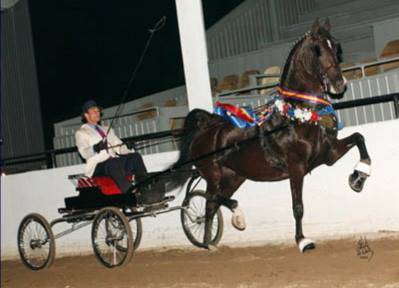 We have been extremely fortunate to have the beautiful black Dutch Harness mare Ritida in our lives all these years. If horses are your business, life and passion as they are for my wife Marty and I there will be a handful of horses that are truly “game changers”. Ritida has definitely been one of those!

We first learned about the Dutch breed from Stuart and Clark Vesty in midsummer of 2000. They had put together a video of several horses in Holland and sent it to us. We were totally impressed by this beautiful, athletic breed and thought that they would cross well with our Arabian horses, which are our main business. Within three or four weeks Clark had arranged for us to meet his friend and contact Mercel Ritsma in Holland and we made the flight to Amsterdam.

The plan was for Mercel to show us horses all over the country for four or five days and on the last day, a Saturday, we would go to the National Championship Breeders Show. On that trip we purchased the 6-year-old National In Hand and Harness Champion Mega, a Heineke daughter, and the lightly shown 2-year-old Ritida. a daughter of Majesteit.

We had fallen in love with the photos and videos of the part Saddlebred Majesteit and we thought that his breeding would be a successful cross for our Arabians. Ritida looked like a female version of her sire.

Other than her first harness class where, after getting her tongue over the bit, she was tied second, she won every in-hand and harness class she was ever shown in. She had a very unusual look with the beauty of her head and neck coupled with her extreme motion.

I have never seen another Dutch mare quite like her and can't help but think that Majesteit with his Saddlebred blood was the difference.

As a broodmare she was bred to the #1 Arabian performance sire Afire Bey V multiple times and produced the winningest offspring in the history of the Half-Arabian registry.

In all our years in the horse business that includes Arabians, Saddlebred and Dutch Harness Horses, Ritida has been the best mare we have ever owned. Besides being the biggest moneymaker we have ever had, her produce have dominated the Half-Arabian World, making her the Number 1 producer in the industry. She was herself a great show horse and has given us countless hours of pleasure, driving in the cart, and in the sleigh here on the farm. We love her dearly and everyone here worked daily to give her the standard of care she so rightfully deserved. We are very thankful to Clark and Stuart Vesty and Mercel Ritsma for introducing us to the Dutch breed and most importantly our beautiful Black mare Ritida.